It feels like it was only yesterday “Uncle Joe” Biden graced San Francisco with his dad jokes and infallible humor (oh, and about two-dozen secret service agents). When the right hand man to the 44th President had a bit of downtime to get a bite to eat, what do you think he grabbed? Not a five-course Italian lunch for one or a tempura soft shell crab roll, but something much, much simpler — a piece of melted cheese sandwiched between two slices of buttered-and-toasted white bread.

That’s right — child-at-heart Joe Biden chose, above any other SF offerings, a simple grilled cheese. In honor of the man-behind-the-pres, here’s our top five grilled cheeses this side of the Golden Gate Bridge.

How more American can you get than serving the Vice President himself? We’re not sure which of their grilled cheese the VP ate, but we’re more than happy to share our favorite with you — the Huevos Rolando. Seasoned tomatoes, black beans, and, of course, jalapeños are all tucked tightly-in under a blanket of Monterey jack and sandwiched in between country levain.

Sue and Peggy started churning, cutting, and packaging a myriad of artisanal cheeses in the mid-1990’s and, thankfully, haven’t stopped since. At their Embarcadero location in the Ferry Building, the dynamic duo are sandwiching their fresh made melting cheeses, like their black truffle cheese, in between your choice of sliced bread with organic vegetable or meat fillings. For your virgin visit, we’d recommend their Wagon Wheel cheese and apple chutney, served in between their panini-style flatbread.

Alright, well’ be the first to admit: $9 for a grilled cheese might be a little steep. But, honestly, you haven’t had anything like it before. I, myself, have never seen cheese string so far away from the plate while still staying intact. The in-house baked bread, brushed with a garlic-infused olive oil, hits the cast-iron the same way it will your tastebuds: oozing with melted gouda and balanced sea salts.

We’ve got to say, Mission Cheese lives up to its name — and then some. Immediately upon walking into the small, rustic-style space, your senses are bombarded by the aromas of freshly cut cheese and pickled goods. Aside from procuring locally-made cheeses, they’re quite astute at pickling anything from your run-of-the-mill cucumber to vine-ripe tomatoes and even Brussels sprouts. But, you can’t visit Mission Cheese without indulging in their “California Gold”: a combination of chevre and San Juan Gold cascading over well-cured br
osschot and perfectly sweet figs, all in between your homemade bread of choice. 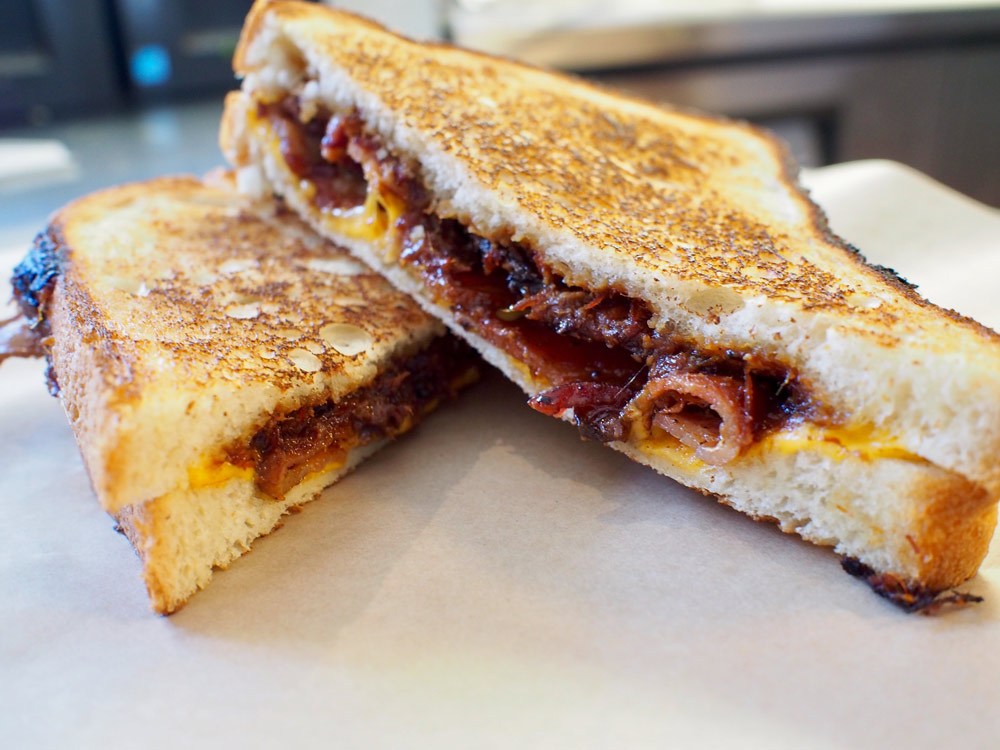 Pigs might not be flying — but they’re behind the wheel at this bacon-centric food truck. We could go on-and-on about how perfectly seasoned and skillet-crisp the bacon strips are or how the bread is buttered within an inch of it’s life, but all you really need to know is this: bacon, melted cheddar, and toasted bread. Need we say more?